Main directions of the scientific research: 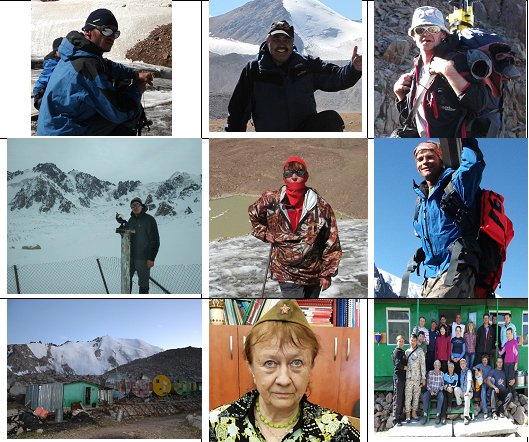 The experimental base of the laboratory consists of 3 mountain stations in the Northern Tien Shan with a complex of year-round observations: glaciological "Tuiyksu Glacier" in the basin of Kishi Almaty river at the altitude of 3500 m; hydrophysical "Big Almaty Lake" and geocryological "Zhosaly-Kezen" in the basin of Ulken Almaty river at the altitude of 2500 and 3400 m respectively. At the Tuiyksu Glacier station the year-round observations of the components of the mass balance of the Tuiyksu glacier are conducted. The observations data is annually submitted to the World Glacier Monitoring Service. At the Zhosaly-Kezen station the monitoring of the temperature regime of permafrost grounds is carried out and the impact of climatic changes on their condition is studied. 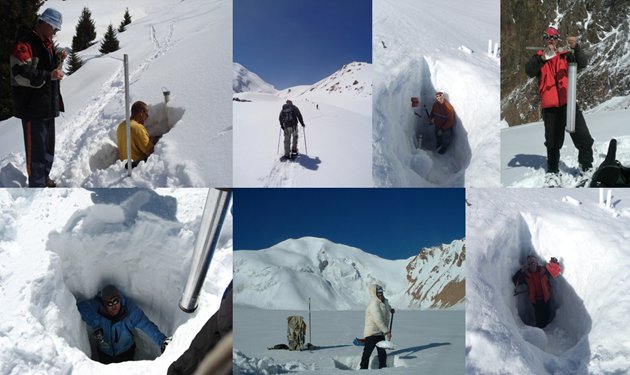 Determination of the maximum snow volume in the runoff formation zone 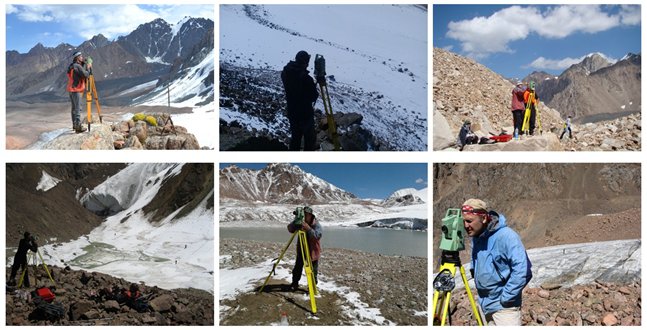 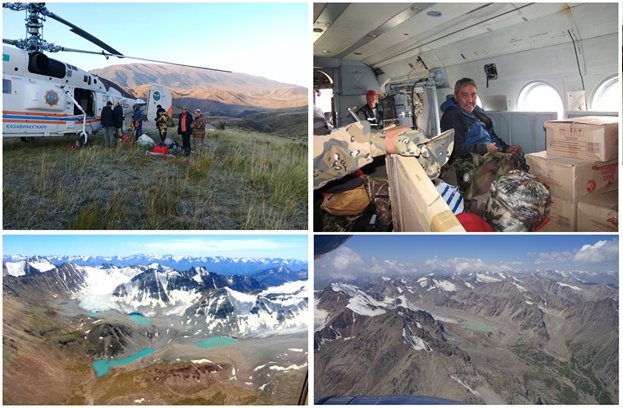